As I pondered what to be writing in this, my first post on my new website I was watching two small fiery red-colored birds swooping and chasing each other through the trees outside my window. I say fiery because I see flashes of orange within their red coverings. I can't figure out why I would experience this as usually it is one red bird I see and then I receive some unexpected good news or a friendly surprise visit with satisfying message. 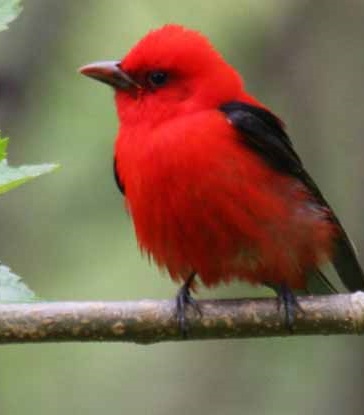 I had learned to watch the animals and their signs after an event walking alone as an undergrad in the 1980s on my campus one day on a dirt part of an otherwise green clearing next to the lake where students would be practicing with their rowing teams. This day many years ago was particularly odd because there weren't very many people on the path or in that clearing and usually there were many. Anyway after passing some tall trees in the middle of this clearing I starting feeling strange as if someone or something staring was staring at me from behind. I'm sure many of you have felt this before.

Suddenly, I felt strongly compelled to turn around. I did and to my surprise and horror was a white owl standing on the ground that had to be nearly up to my shoulders. He was standing not more than ten feet away. Owls are a pretty strange looking bird to me anyway, and I had up to that point not seen one outside of a zoo, especially not that high or tall in stature, which made the whole experience even more unsettling. I was wondering first of all how I hadn't heard it come out of the trees as it wasn't there on the ground when I passed them. It furthermore was looking at me as if to say just keep walking and if not, you will see what will happen. 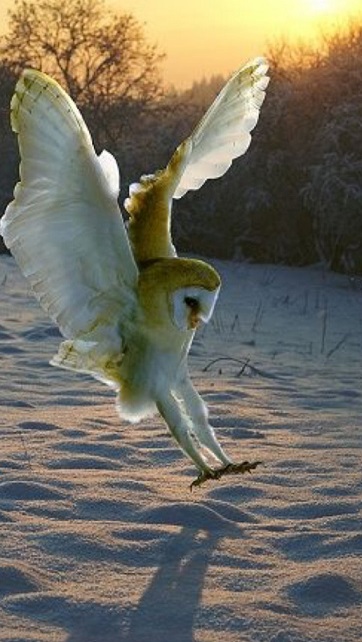 What was really surreal was the fact that I began noticing that there seemed to be no one around to see this owl but me, at which time I became even more wary, as it seemed I was in some sort of horror movie where everyone else somehow magically goes away and your stuck with a monster in the middle of nowhere. As I backed away slowly still facing the owl which could easily have pounced on me with its sharp talons I thought to myself at the time, which couldn't have been more then 10 seconds, this was absolutely ridiculous and why always me that experiences these things. Who was going to believe me now? Student faces and escapes 4 ½ foot owl on busy campus.

Later on that day I pondered at what bad luck I had – some really, really bad luck, or else God was playing some kind of cruel joke on me. At the time I wasn't looking at it as a possible mystical experience or anything like that. I didn't know anything about owls, especially white owls, and their meaning in Native American medicine and prophecy. All I know is that the thing was staring at me in an unexpectedly intense and even stern way, almost as if it knew me. I also knew that I wouldn't be walking through that area again any time soon, especially alone - daylight or not. 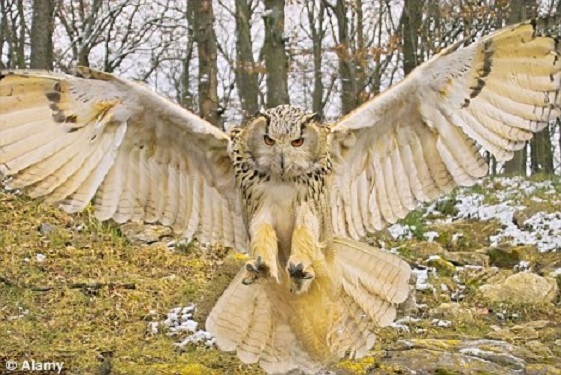 This bird is probably as big, though not as tall as what I saw. It stood on 2 long spindly legs.

To make a short story even shorter, a few weeks later I was pointing out an article in the school paper about a girl that had been killed in the area. My friend said, oh yes she was murdered and that noone knew who did it. She also mentioned that that was so and so's girl friend and that she (my friend) personally had the strong suspicion that he had in fact been the culprit. This so and so happened to be a guy I had dated a few times and who she'd warned me previously not to trust, though I hadn't understood why. My friend was getting her Ph.D. in psychology as I remember and was always analyzing people and trying to tell me who was good for me and who was not – needless to say I often paid her no mind. When I found out about where the girl was killed, however, I thought it was a little too close to where I had seen the owl and I had wondered if there was a message that I should be getting from this news report about the girls death. Anyway from then on I stayed away from both the spot where I saw the owl and from the guy my friend said I should think twice about going out with.

It was probably years later that I was looking up animal symbols in Native American lore on the internet that I saw the white owl was in fact known as “grandfathmed legs nearly  . er owl” and that its most important symbolism and role was “guardian” or “protection” from darkness or danger. Call it a coincidence if you want but that bird may very well may have been a warning, rather than the menace I had first suspected it was. The reason I had started looking up animals in the first place was the growing awareness of certain events happening right after seeing animals – especially birds, as well as their association with Native American symbolism. I came to believe the reason I was having such unique experiences with animals was my connection to Native Americans, both in this life and perhaps previous lives.

When I was a kid myself I had marveled at a dance my dad used to do that looked as if he was mocking Native Indian dancers. Although his father who was from West Virginia had told me his grandfather was "an Indian" who they couldn't get to come out of the woods – half-naked I might add. My father and grandfather also said this grandfather was kind of “wild” and said he ate snakes and made belts out of them. He got his herbs in those woods of Bluefield and would make medicine out of them and sell them in the back of the large country grocery store his father Walton Reynolds had in the mountains there. The "Indian" grandfather according to my grandfather's sister was a “doctor” who would sell his wares or medicines in an office in the back of their store. According to her he looked “just like Cochese”. It never hit me that my father's Indian dance was passed down from his own Indian family. I guess I'd never thought Indians in this area of the Virginia's or Appalachia and the Carolinas would dance like the people I had seen in powwows in the old Westerns. “Why did he do that I thought? That's so silly, so immature!” One day I asked him why he was making fun of Indians and he laughed and said it was just how he danced when they were young.

It was after this that things started to make sense to me, especially some of the things I had learned about my dad and family. For example, the fact that his hair on his head remains jet black although he's a few years from 90 due to the strong melanin content in Native American hair; going for hours and even days without talking; readig or interpreting messages in the clouds; they are often excellent mediums, prophets and seers of those who've passed over and of the “elementals” of nature that most westerners believe only exist in fairy tales. They can also withdraw their consciousness into themselves and appear so still as to seem “stone-faced” and like they've stopped breathing.

I am reminded that my grandfather's sister said her grandfather worked in a rum distillery and I do remember learning as a youngster that Indians were made to work in the rum mills in “olden times”. I'll probably get in trouble for saying I do believe they are able to drink a lot more or stronger drink or alcohol than other people without it showing. Not sure if this is a trait of Solutrean ancestors, which I am convinced must also have something to do with my dad's brother having a voice so deep no living human would be able to mimic it with their own voice box.

Anyway I've come to believe because of my frequent unusual experiences with animals and the things I've learned about the influence of the ancestors in life through ancestral ceremonies and training in the Oriental practices and organizations I've belonged to that this is something that may have to do with being part Native since animals are so important in Native American culture even today. The ancestors' influence is supposedly strong as far back as seven generations. Not to slight other cultures, but I know my other ancestors from Africa, Europe and Asia of 7 and in fact 10 or more generations ago were living right here in America and not exactly as concerned with the mystic symbolism of animals.

At this point I should mention another experience with a giant bird – this time a truly giant bird I had seen in New Jersey. The only other person I've yet to meet that seems to have encountered in New Jersey the same type of bird or have the slightest idea what I'm talking about (not the Thunderbird people claim to see) was an Indian native I'd met visiting the area from New Mexico. He described the same bird as I had seen and was so frightened when he saw it in the middle of the road he turned his truck around and went in the other direction. lol! Again after getting over the initial shock of seeing a bird at least the size of an ostrich running toward my car and taking off in flight looking like something out of Jurassic Park movie I thought to myself , God why me? But then I had already resigned myself to the view that it is the Indian in me that draws these experiences. It was some kind of message from the ancestors to be interpreted. After all life itself is like a dream that one comes to figure out is an illusory expression to flow with or be caught up, tossed and turned in, created solely by our own previous thoughts and actions.

I'll finish up by saying it is late afternoon now so I've decided to look at my cell phone to see if there is any good news or message from Red Bird as he inevitably brings me it. As I expected there is something to make my heart sing (I could say “sing like a bird”, but I know, that's too corny). It is a message from the owner of a holistic healing center here in New Jersey with an inquiry about where to forward her testimony. I had given her some of the Chi pranic energy sessions I specialize in a couple months back. I will try to post her testimony this evening along with this post – my tribute to Red Bird.